Our first side excursion from where we are staying in Pahrump, NV was to the small town of Shoshone which is actually back across the California border, about 35 minutes from our RV park. Our friends Lisa and Dan (Always on Liberty) led the way, as they had visited here before.

The tiny town of Shoshone is located near Route 128 and Route 178 and has one restaurant (with a crazy long wait for our food, so we left), one general store (with lots of souvenirs), and one gas pump (with crazy expensive prices). But we also found the cemetery and a group of cave dwellings that miners lived in.

The “cave” area is called Dublin Gulch and was most recently occupied by miners in the 1920s. Though the remaining doors to the homes are all locked shut, you can see in the windows of some of the dwellings and it is amazing to imagine how they lived in such tiny spaces (yes, even smaller than an RV!). 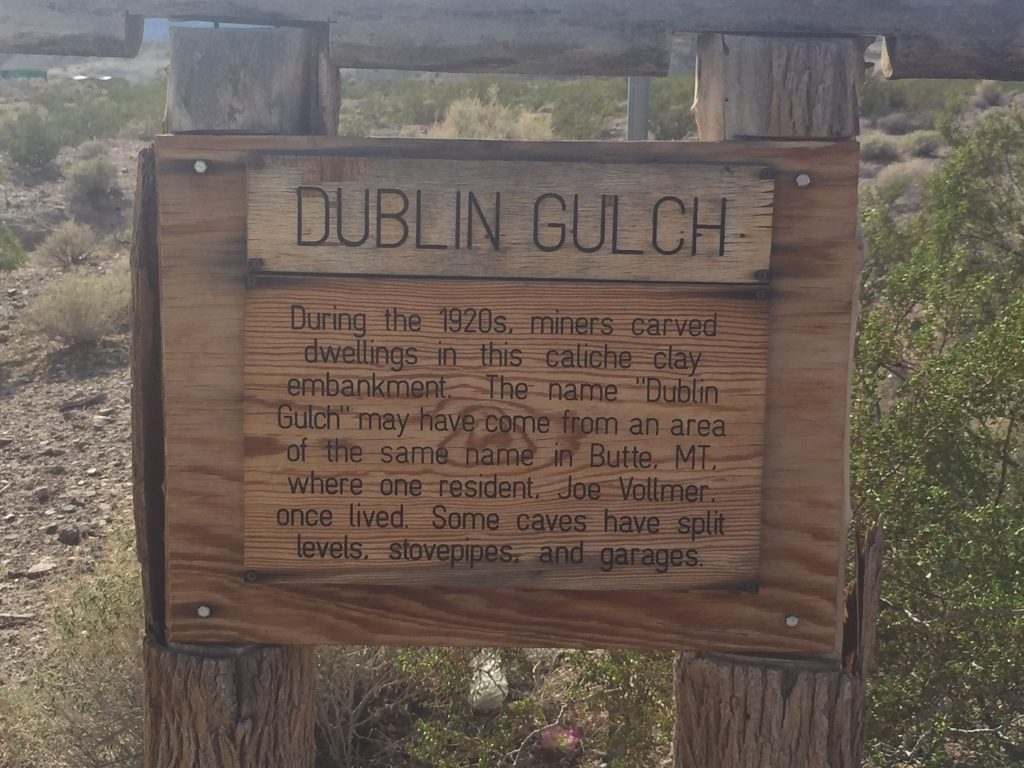 A volcanic eruption over 600 thousand years ago left these “mountains” of volcanic ash. It is not known when the caves were originally dug out as the history of the area is not well documented.

In a few places, the miners had carved caves far up on the cliffs. This one was more of an alcove than a full room. It certainly wasn’t large enough for a person to lay down in. We couldn’t figure out what it was for…food storage, maybe?

Of interest to the recycler in me was the huge field full of rusted tin cans. Here in the desert, the miners got all their food and even much of their water from these cans, and then just tossed them in a pile. It is a good example of what happens if we don’t recycle! 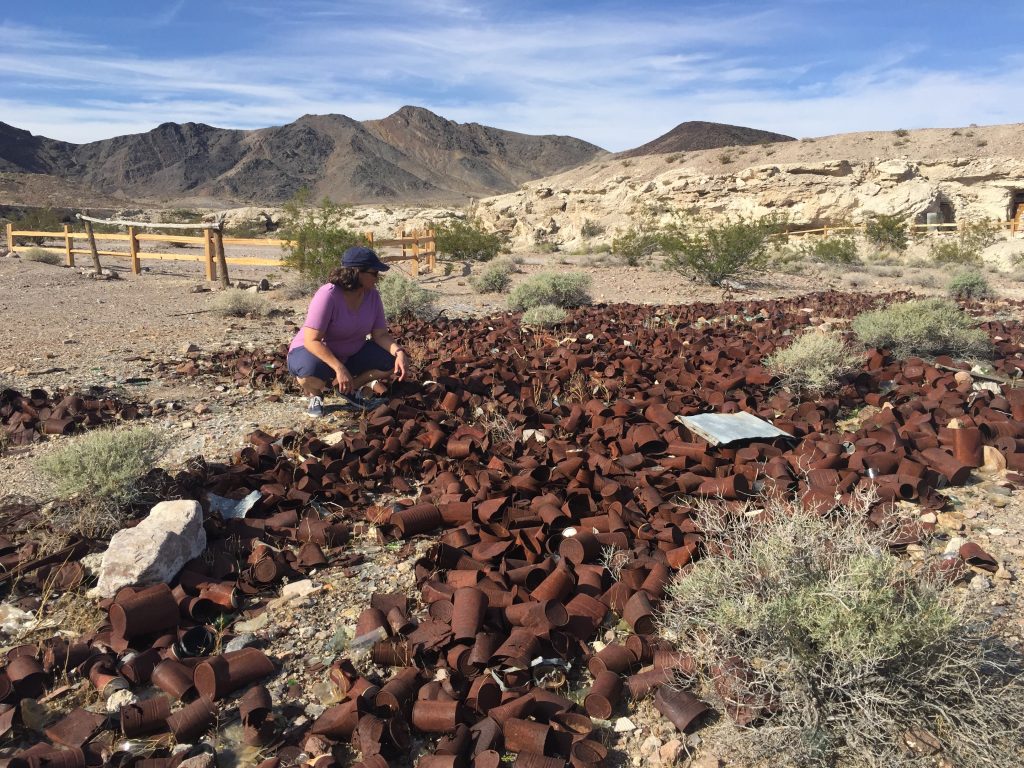 The cemetery, which is separated from the dirt road by a wooden fence,  had some grave markers that are no longer legible, as well as more recent carved stone markers of local residents, including California State Senator Brown and his family. The graves are cared for, as evidenced by flowers and other decorations on many of the graves.

It was an interesting little side trip and a snapshot of history and a simpler time.