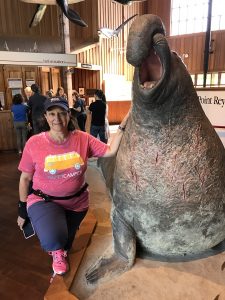 Cheryl made a new friend (an elephant seal) in the Point Reyes National Seashore visitor’s center.

After a ranger-guided tour along the San Andreas Fault where it passes through the Point Reyes National Seashore (Point Reyes shifted up to 20 feet here during the 1906 earthquake!), we headed toward the beach to see the famous Point Reyes Lighthouse. On our way, we planned to stop briefly at the Cypress Tree Tunnel.

The tree tunnel is located off Sir Francis Drake Boulevard, on the site of the former RCA Ranch–more on that in a moment–and marked only by a small road sign that reads “North District Operations Center”. RCA planted the two rows of Monterey cypress trees around 1930, and they have since grown to form a graceful arch across the quarter-mile road. If the tree tunnel looks familiar to you, that’s probably because it’s provided the setting for a number of commercials for luxury automobiles. 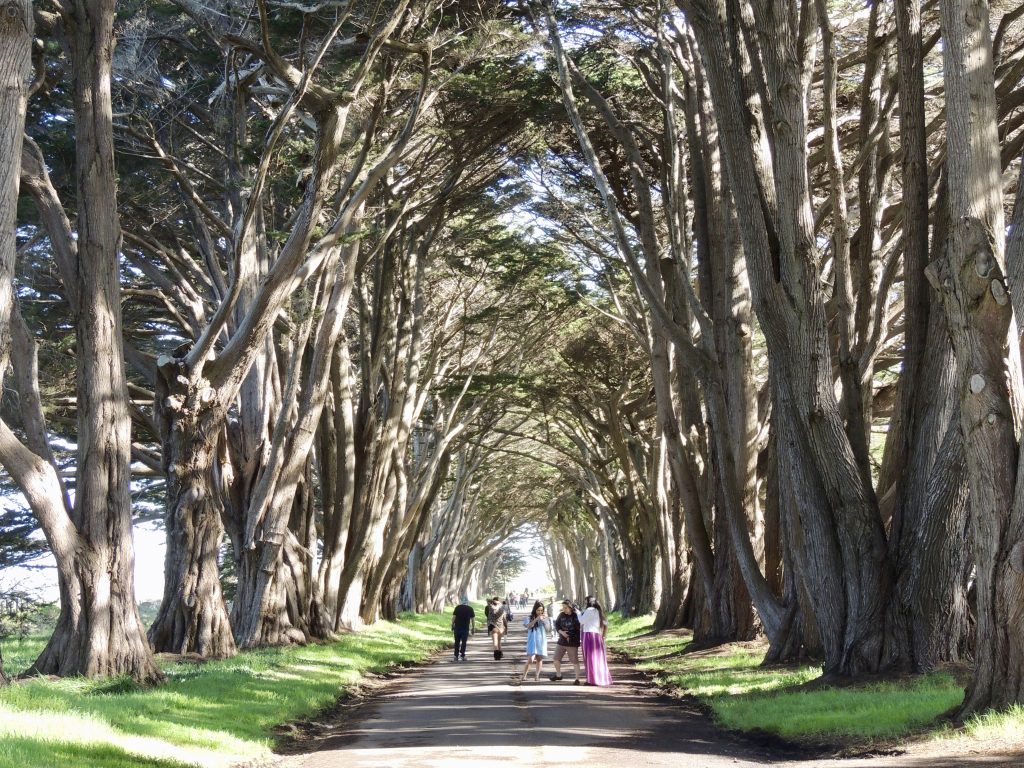 The tunnel of Monterey Cypress trees, planted almost 90 years ago

Following the National Park Service’s directions to not park on the short road, so as to protect the roots of the historic cypress trees, we drove to the end of the road and parked in the small parking lot of the Art Deco-style building that now serves as an office for park workers.

We took our obligatory photo of the tree tunnel, and then checked out the building. Looking through the front door, we could see a hallway with doors to offices–nothing particularly special. But on the outside, we saw racks that carried bundles of cables out to massive antennas in the adjacent fields. Why were those antennas still here, we wondered?

On the right front of the building, we found our answer. We stumbled on an unassuming door, pulled the handle, and walked 80 years back in time into historic Radio Station KPH. 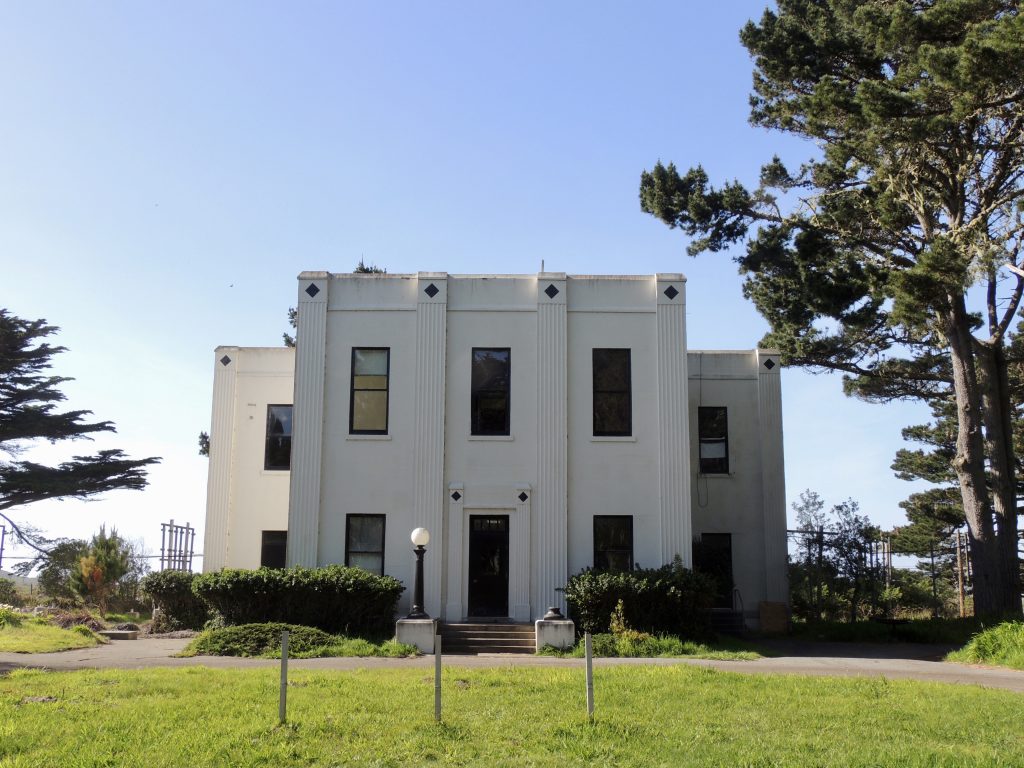 One hundred years ago, ships couldn’t just place a satellite call or send an email when they needed help or information. Italian inventor Guglielmo Marconi pioneered long-distance radio transmissions in 1901, and the 1912 wreck of Titanic highlighted the importance of wireless telegraphy to safeguarding lives and property at sea. Wireless operators could tap out messages in Morse code at about 15 words per minute to call other ships and shore stations for aid, and the dot and dash tones could be understood even when faint due to transmission over long distances.

To provide wireless transmitting and receiving capabilities on land, Marconi himself sited and commissioned the building of the first telegraph stations at nearby Bolinas and Marshall in the early 1900s. They formed the foundation for the most successful and powerful ship to shore and land station, with the call sign “KPH,” on the Pacific Rim. The “PH” in the station’s call letters came from the Palace Hotel, where the station was first licensed before it was moved to Point Reyes. Marconi Wireless Company, owned by the Radio Corporation of America, operated the stations, one of which was the first to receive the news of the Japanese attack on Pearl Harbor in 1941, and re-transmitted it across the country.

Ship-to-shore wireless was a rapidly growing business, and in 1929 RCA purchased the old G Ranch on the Point Reyes peninsula for an all-new facility that would transmit across the North Pacific. Around 1930, the Art Deco-style receiving station building was constructed on what was now known as RCA Ranch, and the Monterey cypress trees that would eventually become the “tree tunnel” were planted, both indicating the prestige that RCA placed in this profitable operation. 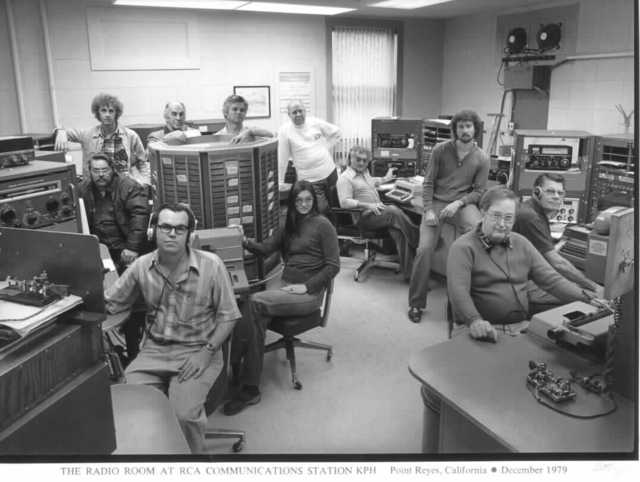 Radio station KPH played a critical role through World War II and in later years, relaying wireless messages across the ocean. On one frequency, it would continually broadcast the call signs of all the other stations for which it had messages, along with instructions on how to receive or send a message using other frequencies–all in Morse code. But by late in the 20th century, new developments in communications, along with navigational systems like LORAN and GPS, eliminated the need for Morse code operators and ocean-front wireless stations. In 1991, KPH sent its last transmission, and the doors to the building were locked for good, leaving all of the equipment, supplies and paper exactly as they were at that time.

The historic building and everything inside was slated for demolition. But in 1999, the National Park Service acquired the property from RCA, and the next year created a partnership with the Maritime Radio Historical Society to protect and maintain the equipment, some of which dates back to pre-World War II. In October 2016, after years of restoration work, historic radio station KPH returned to the air. Today, MRHS volunteers open the historic station to the public on weekends from noon to 5 pm, operating the antique machines and communicating with radio stations around the world. 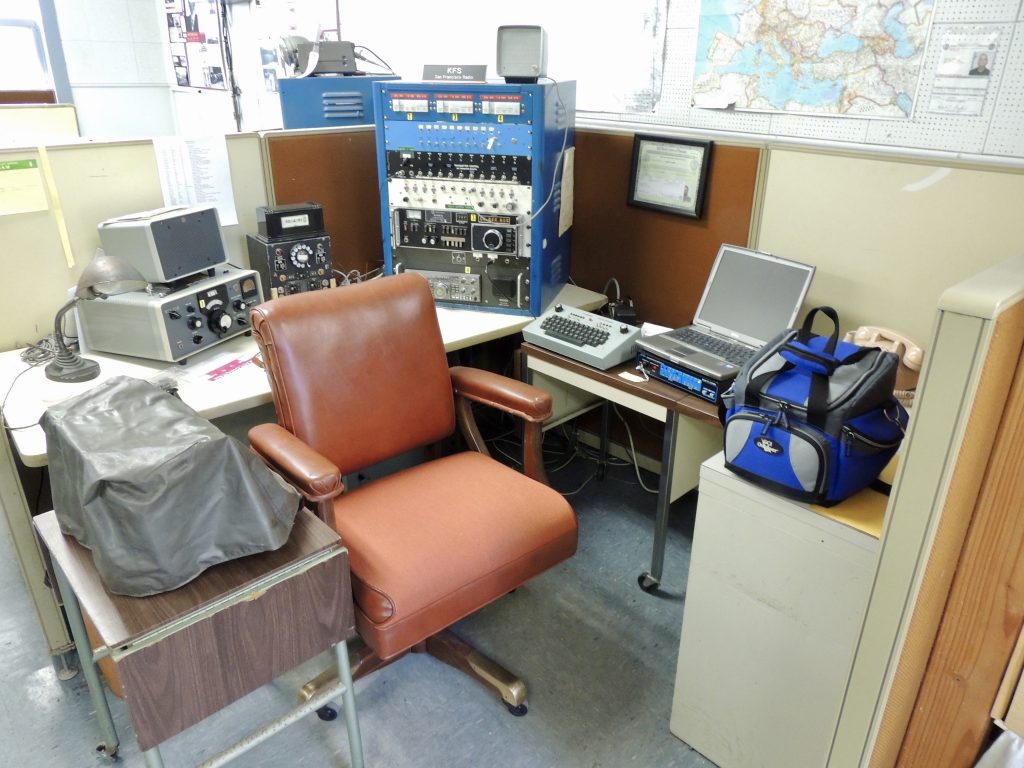 One of the radio operator positions at KPH. The laptop computer is, of course, not original equipment!

Not knowing about any of this, we were fortunate to stumble upon the KPH building on a Saturday, when it was open. Inside the door, we were greeted by one of the MRHS volunteers as we walked among racks of vintage communications gear (including rotary-dial phones and 1980s-era computers) and read yellowed message slips and printouts that had been left behind when the station closed in 1991. 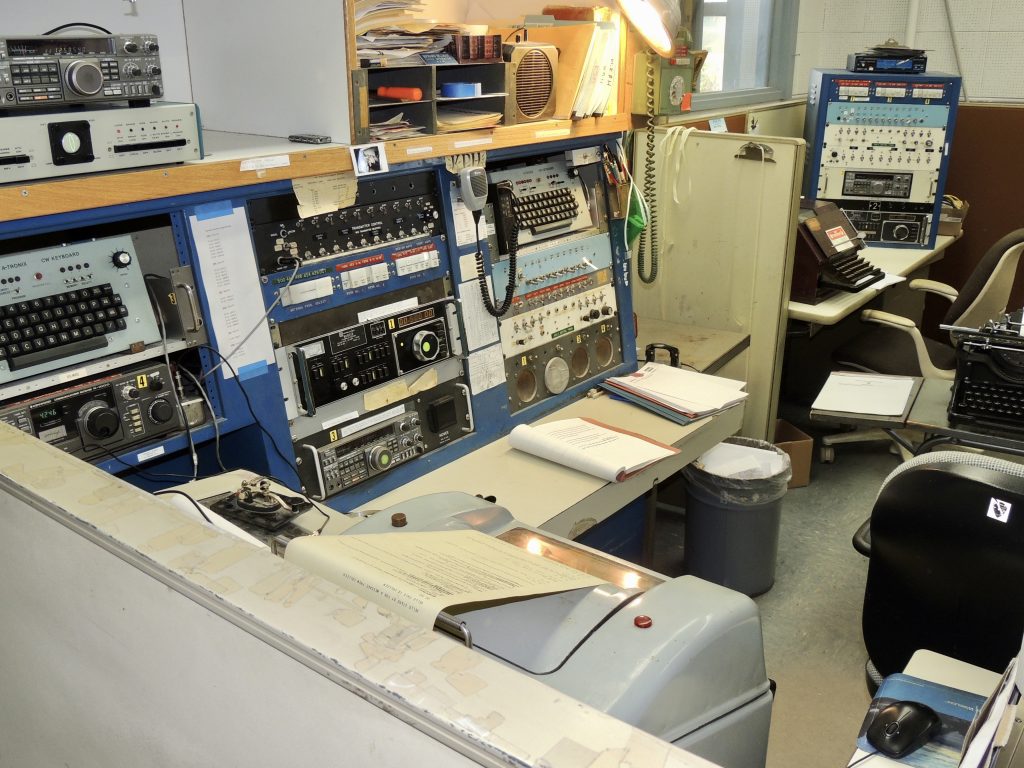 Another radio operator position at KPH, which was in use during our visit

The clatter of an ancient teletype machine combined with Morse code transmissions on the station’s speakers to make a beautiful music. At a telegraph keyset, I tapped out a short sequence of Morse code (— · — · — — · —, which forms the letters “CQ”, an invitation for general conversation used by ham radio operators) that my dad had taught me when I was a teen, and I thought about how much he would have loved this historic site.

With our brief stop at the tree tunnel having turned into a much longer visit, we finally resumed our journey to the lighthouse–only to find out that because it was a weekend and parking near the lighthouse is limited, the road leading to it would be closed until nearly sunset. We chose not to wait, as we didn’t want to be driving the narrow and curvy Pacific Coast Highway back to our campsite in the dark. Although we were disappointed, for me the unexpected treat of seeing the nearly forgotten sliver of technology history that is station KPH more than made up for it.