Last week before we left the Los Angeles area, David and I took time to visit Warner Bros. Studios in Burbank.

My super cool cousin Eric actually works there and he was kind enough to get us a drive-on pass onto the studio lot. We had the chance to visit him in his ADR studio and watch him re-record the dialog for part of a Netflix TV show with an actor who was following along with the original footage. It was really fascinating to watch them work and see how much attention to detail goes into the process. 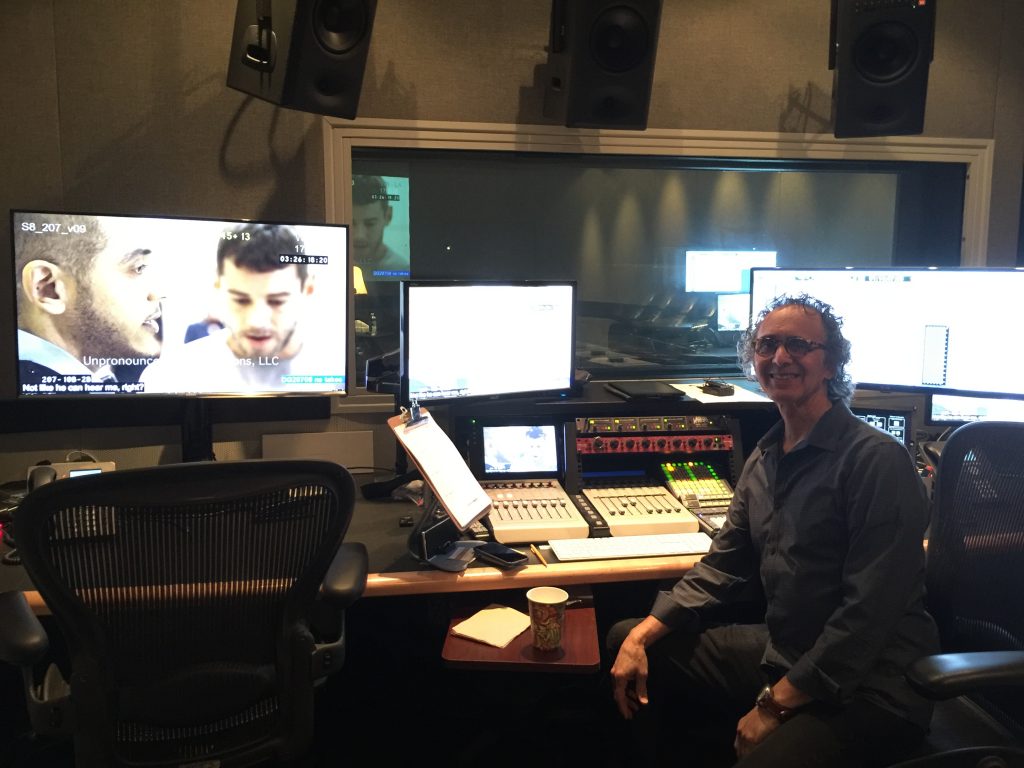 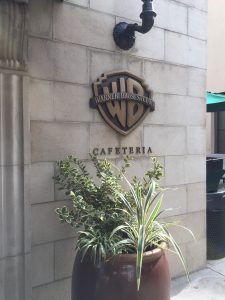 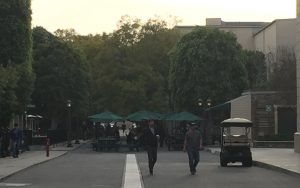 Next we walked across the lot and had lunch at the commissary. Unfortunately there were to be no star sightings – and the food was just OK, but we were hungry and it was convenient.

We did sit at tables in the courtyard that they used to film George Clooney and Danny DeVito’s Nespresso commercial, though we didn’t know that at the time.

Then we walked down the street to the gathering point for the Official Studio Tour. We got onto an open air bus with our very chatty tour guide Mark (who said the word “guys” twice in every sentence), but he was very knowledgeable about the studio, having worked there in various capacities, including as a film editor, for almost 30 years. We got to drive and walk down the streets on the back lot that have been used to film so many famous movies and TV shows. My favorite was seeing the street the parade marched down in The Music Man. 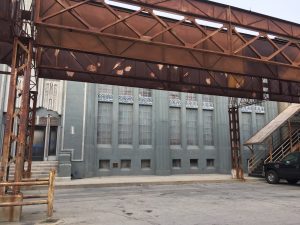 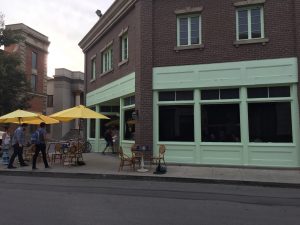 …and the cafe store front that was recently used in the movie La La Land. 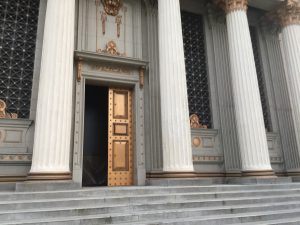 This building front has been used in many movies, including Argo. They can change the look by just painting the doors and trim. 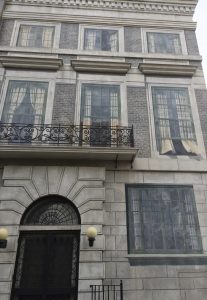 The windows on this building are actually just painted on and look like they are real but they are not. Even the curtain blowing in the window is just paint but it looks so realistic. The technique is called trompe l’oeil which means “tricking the eye”.

One of the stops on the tour was the Archives building. There we saw lots of stuff from the Harry Potter movies including the newest, Fantastic Beasts and Where to Find Them. It was cool to see Harry Potter’s wand and glasses and a model of Dobby.

Another cool stop on the tour was the Props building. Warner Bros has a huge collection of props of all kinds that they use for their productions and even allow other studios to rent from them. There were Tiffany chandeliers worth $1 Million each, a gold ladder autographed by Lady Gaga, and tons of home furnishing items that can be used to dress any set to the desired style. David got to sit at a desk that they used on the West Wing and I saw a mirror that they are going to use on a future episode of Scandal. There was even a replica of the piano used in Casablanca. Very cool stuff! 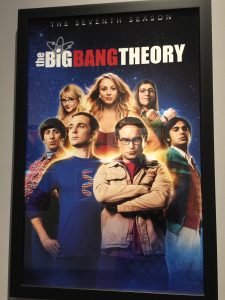 Another really cool thing was getting to go onto a real sound stage. Sound Stage 25 has a long history at the studio. It has been the home to many successful movies and TV shows going back to 1936 including “Now, Voyager”, “Casablanca”, “Giant”, and “Maverick”.

They were not filming when we were there, but we got to go inside and see the set of The Big Bang Theory. We couldn’t take any photos, but watch for a Texas bar scene in an upcoming episode!

And what studio tour would be complete without seeing a few Batmobiles! Here are pictures of just a few of the vehicles they had on display.

Then, as if we hadn’t seen enough and been overwhelmed with this great studio, they left us off at an interactive exhibit where we could see some of the movie magic first hand. You could have your photo taken riding a Harry Potter broomstick or driving the Batpod. Plus so many cool displays and videos to explain how they do things. Truly movie magic. 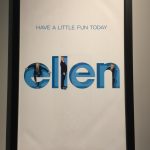 We didn’t get to see Ellen Degeneres, though her show tapes there, but we saw so many other amazing things. It was truly a great day and a very worthwhile tour.

Our Visit to Warner Bros. Studios